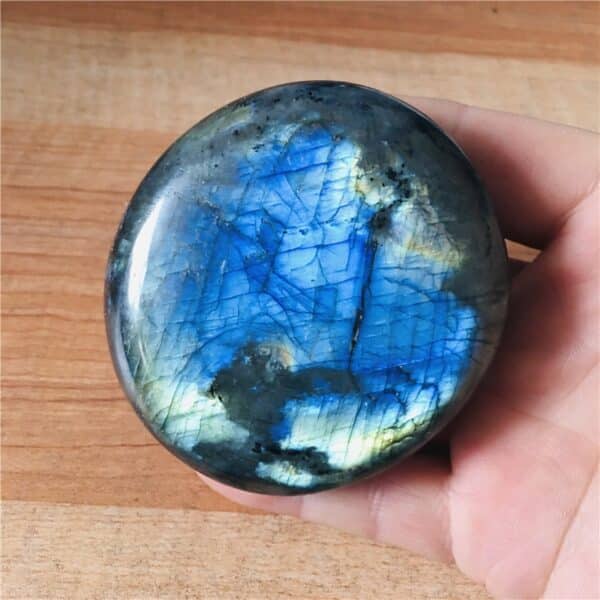 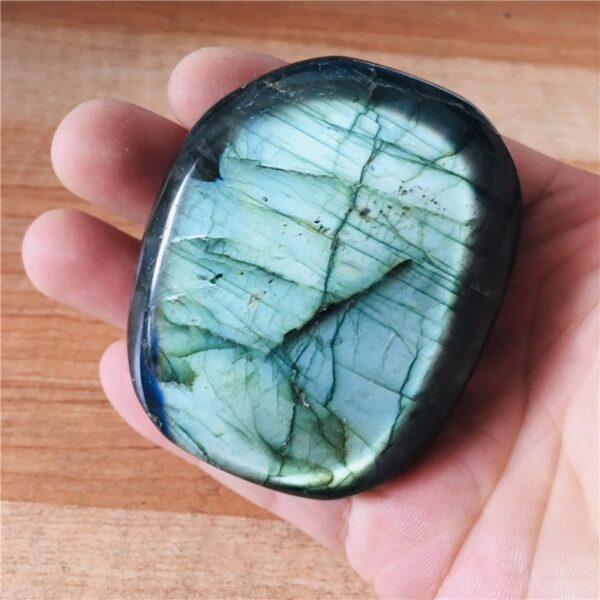 Since these are natural crystals from the Earth, each one is unique.  These polished Labradorite specimens are sold by weight only and can vary in size, shape, and color.  From China.  Please choose your desired size above, ranging between 70 grams at the smaller end, up to around 300 grams at the larger end. 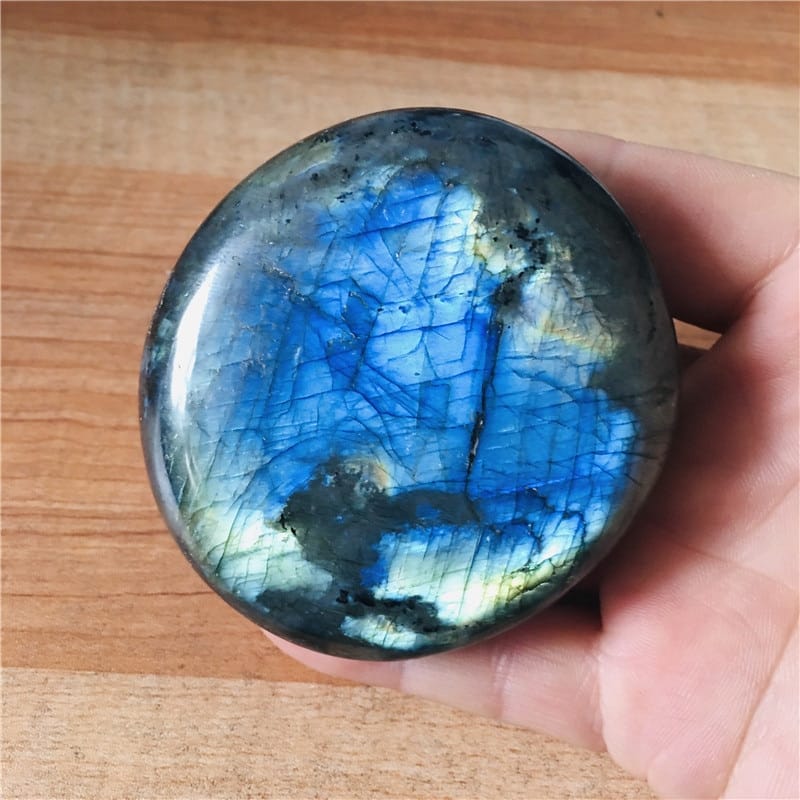 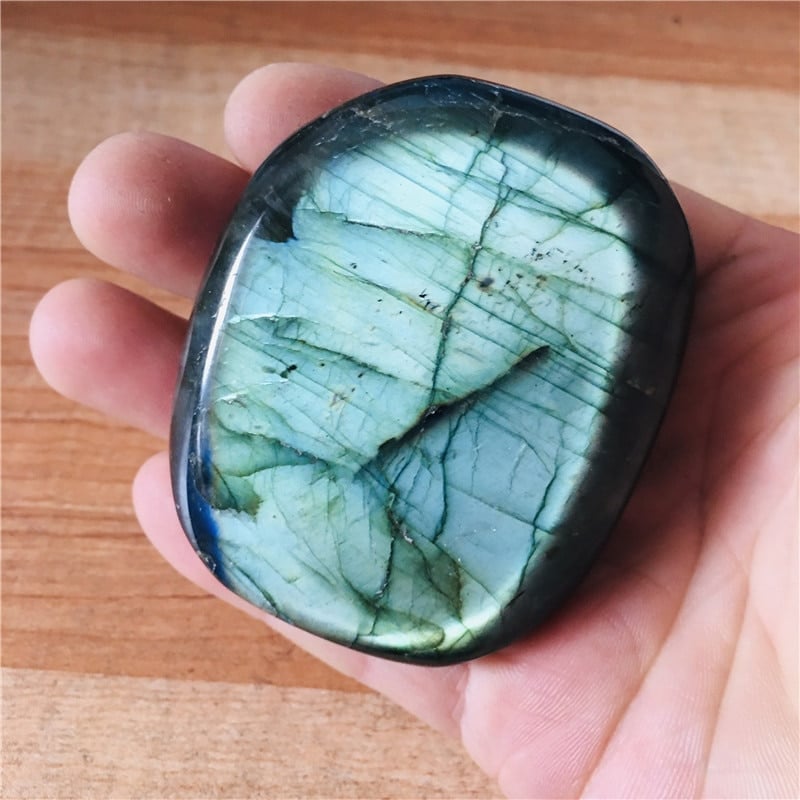 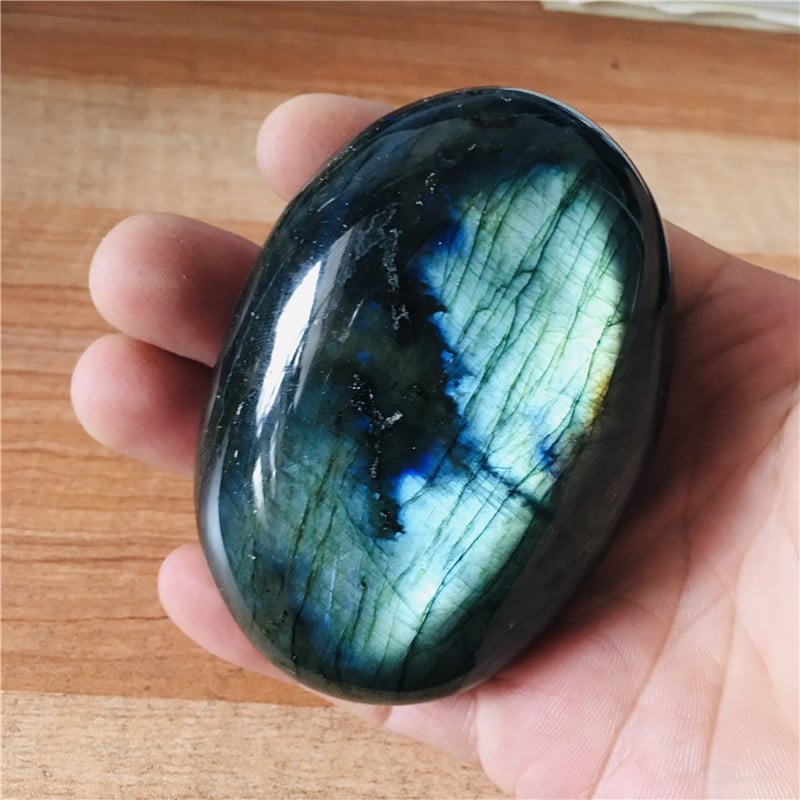