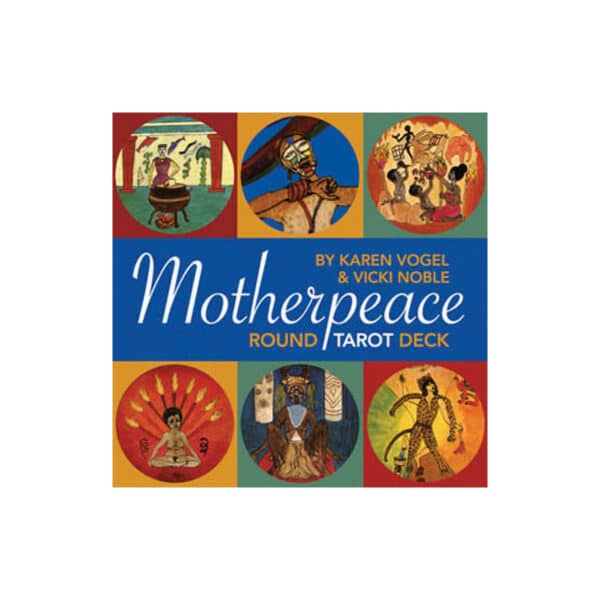 The creators of Motherpeace Tarot have departed from traditional (and often patriarchal) imagery of tarot, and have instead embraced the goddess spirit. The feminist emphasis is balanced with several male figures present in the deck. Motherpeace’s round cards and primitive artwork allow the reader to rely on intuition rather than standard “black and white” meanings. The four suits of the Minor Arcana are Cups; Wands, depicted with African culture; Discs, illustrated with Navajo culture; and Swords, depicted with Greco-Roman imagery. Includes 78 cards and an instructional booklet. 4 1/2″ in diameter.