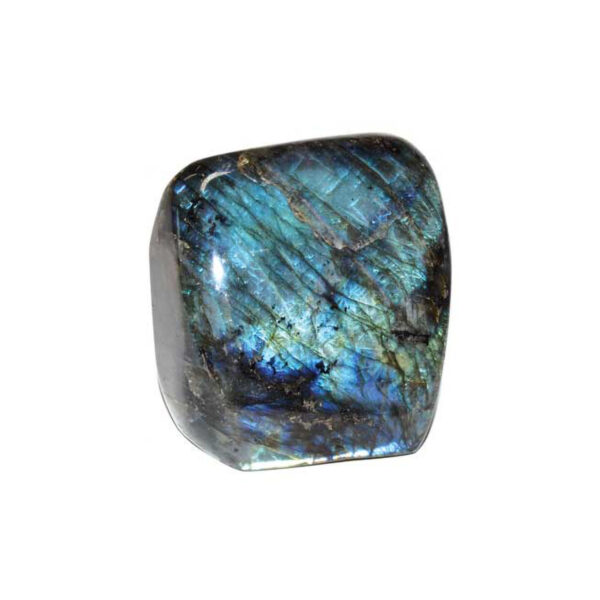 Join the waitlist to be emailed when this product becomes available

Labradorite free shape in a smooth finish.  Powerful energy emitting off these pieces.

Labradorite helps bring inspiration, boost intuition, stabilizes the aura and enhances the energy flow between the chakras & aura.  Great for the eyes, digestion, also aids in anxiety and stress.

Sold by weight only with 2″+ height, shapes and sizes will vary. From Madagascar.