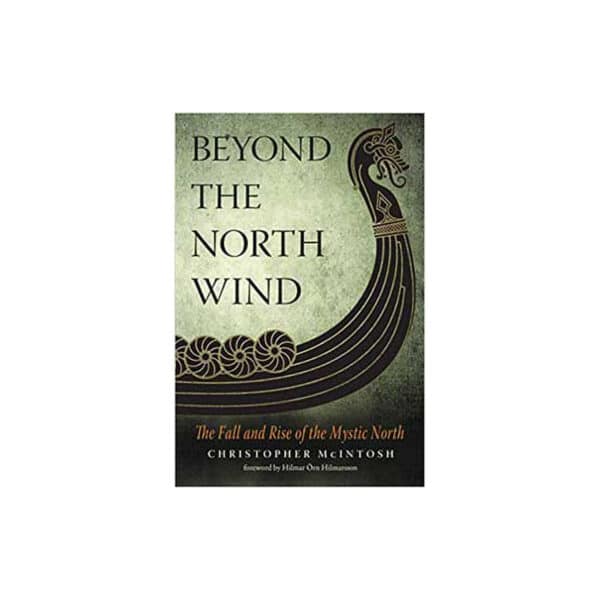 Beyond the North Wind by Christopher McIntosh

“The North” is simultaneously a location, a direction, and a mystical concept. Although this concept has ancient roots in mythology, folklore, and fairy tales, it continues to resonate today within modern culture. McIntosh leads readers, chapter by chapter, through the magical and spiritual history of the North, as well as its modern manifestations, as documented through physical records, such as runestones and megaliths, but also through mythology and lore. This mythic conception of a unique, powerful, and mysterious Northern civilization was known to the Greeks as “Hyberborea”–the “Land Beyond the North Wind”–which they considered to be the true origin place of their god, Apollo, bringer of civilization. Through the Greeks, this concept of the mythic North would spread throughout Western civilization.