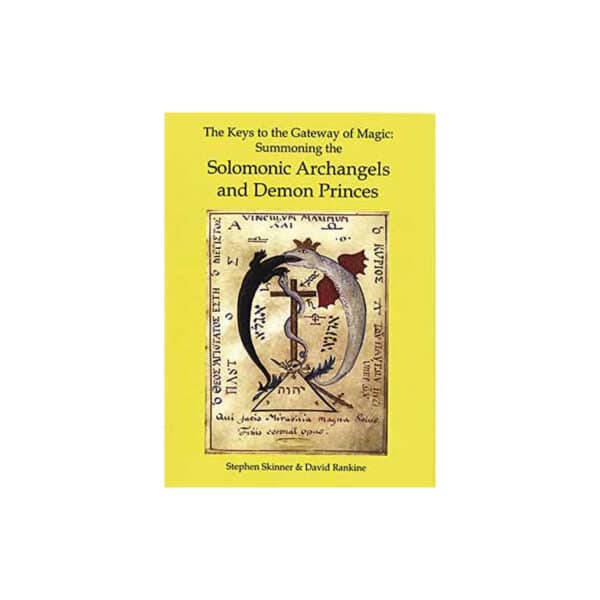 Keys to the Gateway of Magic (hc) by Skinner & Rankine

This classic text of the Nine Great Keys details the invocation of the Archangels, the full hierarchy of spiritual beings (including Olympic Spirits and Elementals) and the evocation of the four Demon Princes. Highly sought-after, this edition of a rare early seventeenth century grimoire has never before appeared in English. Occult scholar Stephen Skinner, along with magician and author David Rankine, trace the history of the Keys and offer full transcriptions of four key seventeenth century manuscripts in the British Library and in the Bodleian Library. A 7.3″ x 10.1″ hardcover book with 256 pages.